Find out more about our courses & programmes

Find out more about our free webinars.

Resources Area > What is life coaching? > Timeline to become a Professional Life Coach > Our Blog>

How long has life coaching existed?

Life coaching has been around since the 1980s and began in America. There wasn’t one single ‘inventor’ of life coaching. Like many modern-day developments, it was an idea that was nurtured by several people simultaneously because it was a natural step from business coaching, which first evolved from sports coaching.

In 1974 Timothy Gallwey published The Inner Game of Tennis, which is heralded as the inspiration for many future coaches to takes his theories into the world of business. Gallwey was a keen tennis player and when he was at Harvard University, he captained their team and later became a tennis instructor. He started off as a normal sports coach, shouting instructions from the sidelines, but at the same time he had started learning about meditation techniques and began applying some of these methods to his coaching. He realised that when he told his students what they should and shouldn’t do it only increased their self-doubt and inner critic, but when he guided them in methods of heightened awareness of their tennis strokes and relaxed concentration their game naturally improved. He had discovered that when people feel more confident about their abilities, they perform better. He wrote a book on his theories, which sold over two million copies. He applied his methods to several other sports and has published seven books in total.

‘The thoughts, feelings, and motivations within us may be invisible, even to ourselves, but have great impact on how we see ourselves, the choices we make, how we see and treat others which in turn create much of the external conditions in which we live.’

Over in the UK, Sir John Whitmore, an ex-motorsport racer with an interest in psychology, heard of Tim Gallwey’s groundbreaking methods and travelled to America to train with him in the 1970s. Whitmore brought Gallwey’s theories back to the UK, and set up his own tennis school and also a ski school in the Alps. Along with others around the world, he realised that these methods could break out of the world of sport and be applied to business leaders, and he later coined the term ‘performance coaching’. During the 1980s he adapted the theories used in the Inner Game into a structure for performance coaching called the ‘GROW model’ and published Coaching for Performance in 1992. At The Coaching Academy, we teach our students the GROW model as it is still the gold standard for structuring a coaching session.

‘John became a leader in the field of how coaching can change corporate culture in a way that could have a positive impact in the world.’

- Timothy Gallwey on the work of Sir John Whitmore

Because of its proven results in business, these methods were then applied to all areas of people’s lives and the world of coaching began to rapidly expand. 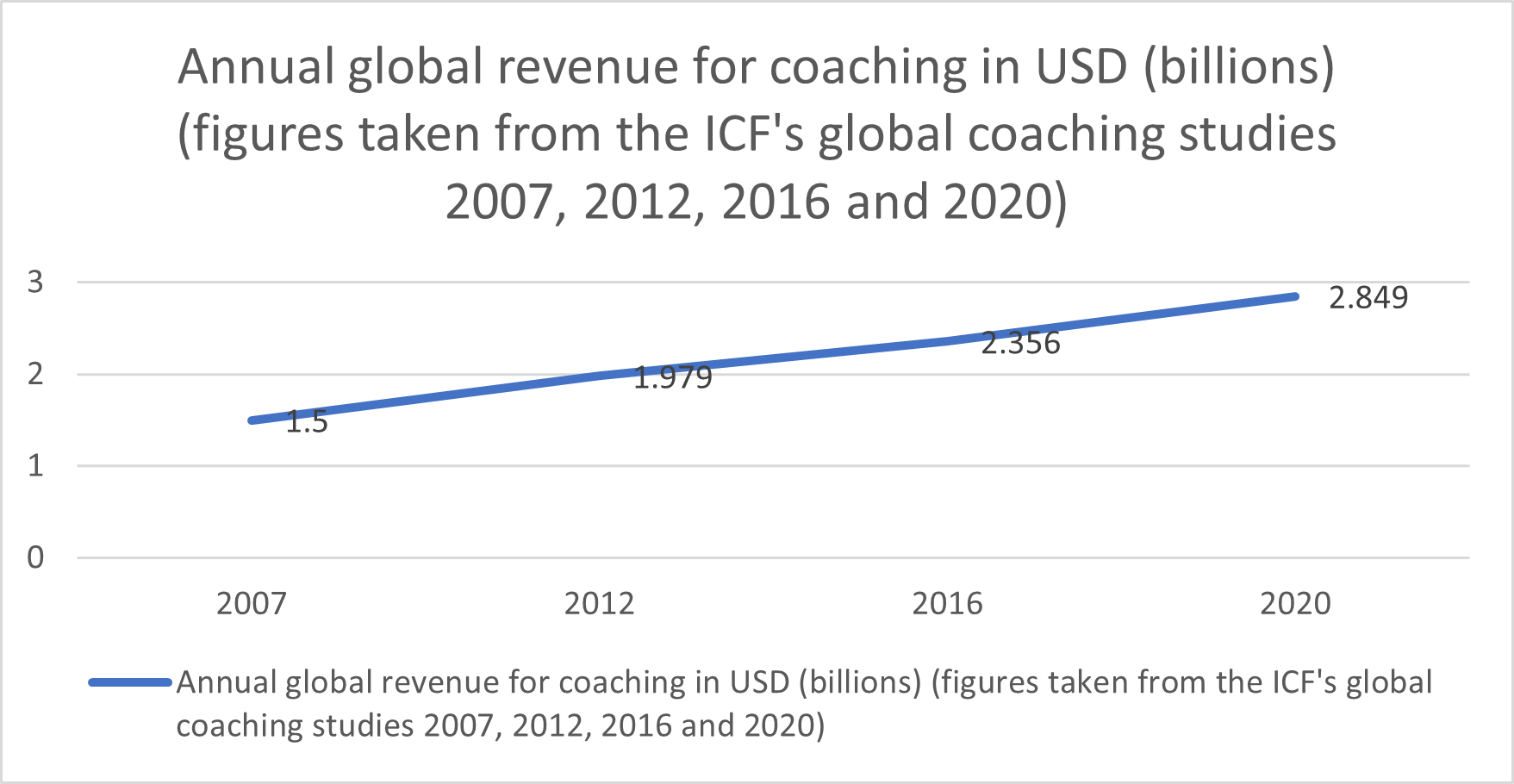 Today, life and business coaching is a billion-dollar industry that has been embraced by the leaders of global corporations, including Steve Jobs and Mark Zuckerberg, movie stars and even a few presidents. Because of its proven track history, life coaching has a solid presence in businesses for both leaders and their employees. It has been embraced by people all over the world and credited by many for their greatest achievements:

‘She is one of the smartest women I know.’

‘After working with Tony, I felt amazing.’

‘Bev turned me from a young guy with enthusiasm and ideas into a businessman with a strategy and a clear vision for my future.’

Coaching has broadened its arenas in recent years beyond the world of business into schools, councils and medical settings, where it is used to enhance communication between team members and also assist individuals with achieving their goals. It has also been accepted amongst similar disciplines such as therapy, counselling, and mentoring as an additional skill that these professionals can train in and add to their toolbox. There are many rapidly expanding niches within life coaching, which include working with school-aged children to help support them with any personal issues they are facing, as well as strengthening their confidence and resilience. There has also been a recent movement into sobriety and addiction coaching, which is helping thousands of people reclaim the life they want to lead. It really is an exciting time for coaching and what the next breakthroughs will be.

If you want to learn more about life coaching, then read this article about whether life coaching must be accredited or this one for the difference between coaching, counselling, and mentoring.